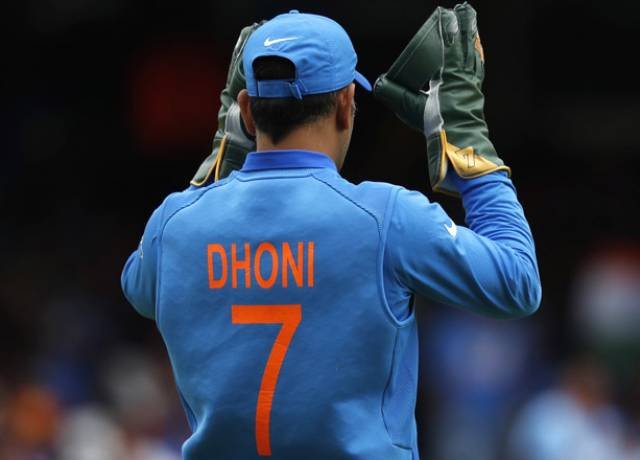 When we are celebrating Independence Day, M S Dhoni announced retirement from international cricket. Dhoni, in an Instagram post, shared a video showcasing some of his best cricketing moments. In the caption, Dhoni wrote: “Thanks. Thanks a lot for ur love and support throughout. From 1929 hrs consider me as Retired.” He has shared an old song on his official Instagram account which has all the pictures related to Dhoni's career.
Dhoni chose the most famous song of Bollywood superstar Amitabh Bachchan's film Kabhi Kabhi for his goodbye message.
Mai pal do pal ka shaayar hun,

Having retired from Test cricket in December of 2014 with 4876 runs from 90 matches, Dhoni carried on playing ODIs and T20Is. With 10,733 runs, Dhoni is fifth in the list of India’s all-time run-scorers in ODI behind Sachin Tendulkar, Virat Kohli, Sourav Ganguly and Rahul Dravid.
His overall Indian numbers are staggering: 538 matches, 17,266 runs, 16 centuries, 108 fifties, 359 sixes, 829 dismissals.

Dhoni some records of international cricket:
ICC T20 World Cup, ODI World Cup, Champions Trophy all trophies as captain:
He is the only player in the world to have won all three major ICC trophies - ICC T20 World Cup (2007), ICC ODI World Cup (2011) and ICC Champions Trophy (2013) as captain. He won everything there was to be in white-ball cricket and also led India to the number one ranking in Tests for the first time.

MS Dhoni led India in 200 ODIs, 60 Tests and 72 T20Is He led India in a total of 332 international matches which is the most by any captain in the world.

Tamika Catchings: ‘Relentless’ and Headed to the Hall of Fame

Six-hitting machine: 5 batsmen to have hit most sixes in IPL